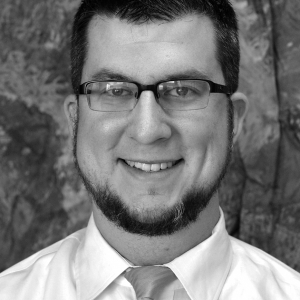 2017 was Eric's seventh season on staff with the Blue Devils organization. Since 2012 he has been a Brass Caption Head at Blue Devils 'B' and has been a brass instructor with the A corps since 2014.

Eric is currently in his eighth year as the Associate Director of Bands at Homestead High School in Cupertino, California where he teaches the marching band, 9th grade concert band, symphonic band, and wind ensemble II.

In 2016, Eric was awarded the Gilbert T. Freitas Outstanding Music Educator Award by the CMEA Bay Section, awarded to an instrumental music teacher with less than seven years of experience.

In the fall of 2005, Eric began his undergraduate studies in music education at Arizona State University, where he studied with renowned brass educator and Breathing Gym author, Sam Pilafian.

In the spring of 2010, Eric earned his bachelors degree in instrumental music education from Butler University, where he sat principal euphonium in the wind ensemble and completed his student teaching at Avon High School in Avon, Indiana.

Eric began his DCI career in 2002 with The Academy from Tempe, AZ on baritone, and completed seven consecutive seasons with the organization until 2008.