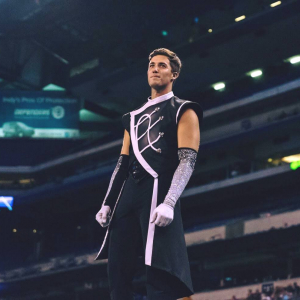 Hi! My name is Christopher Craig Waggoner, though most everyone just calls me C.C. I began my marching career at Legacy High School in Mansfield, TX under the direction of DCI judge and percussion caption head, Glenn Fugett. I marched with the Bluecoats in 2013 and began marching with the Blue Devils in 2014—marching mellophone for two years and serving as a drum major for three. I cannot overstate how grateful I am to this organization for being instrumental in my upbringing and development as a performer, leader, and human being.