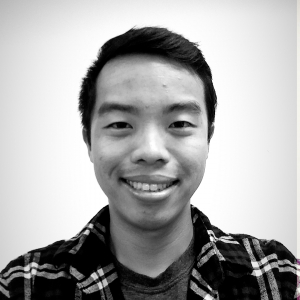 Steven has been an active member of the activity since 2010. His first steps outside of high school band was with the Blue Knights for two years. He later transitioned to the Blue Devils where he won two World Championships, a percussion caption award, and an I&E title. He also spent a winter with Dark Sky Percussion and three with RCC Indoor Percussion where he won a WGI championship in 2018. Currently, he performs for Sidle Entertainment on occasion.
As an educator, Steven has taught at all levels. His role varied from place to place as either a quad technician, or battery coordinator and enjoyed the personal growth he helped facilitate in all his students. Some of the groups he has taught for include the RCC Marching Band, Arcadia High School, Fountain Valley High School, the Oregon Crusaders, and the Blue Stars. Outside of these groups, he has also taught at clinics, a couple of which were for System Blue and Breakthrough Percussion.
Steven is also the creator of The Quad Method which is a brand and channel that provides low to no cost educational quad drum material to all who wish to learn. Material can be found on his website and YouTube channel. Outside of the activity, Steven earned his BS in electrical engineering from CSU Long Beach and works as an MRI service engineer at Siemens. He currently resides in Fountain Valley, CA.
See photos of Steven
2022
2018
2017
2016
2015