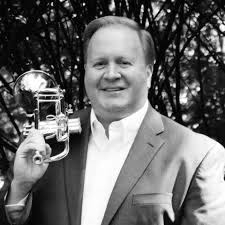 Dr. Chip Crotts serves as Director of Jazz Studies and Assistant Director of Bands at the Georgia Institute of Technology. A GRAMMY nominated artist, Crotts has performed and recorded for the Disney Company in Europe and the United States, and maintains an active career as a first call musician for national touring shows and orchestral dates throughout the United States. Chip has toured and worked with numerous international artists and ensembles, including Ray Charles, Natalie Cole, The Manhattan Transfer, Frankie Valli, Jamie Cullum, Boston Brass, Rhythm and Brass, The O’Jay’s, The Temptations and Maynard Ferguson, among others.

He can be heard on recent albums with John Driskell Hopkins, Jennifer Holliday and Joe Gransden, as well as on the SeaBreeze Jazz label, with groups such as the Bob Meyer Concept Orchestra and Third Coast Jazz Orchestra. Chip was also a featured musician on the Grammy nominated “Celebration of Life” with Little Joe Y La Familia. Additional recordings include performances with the University of Texas Wind Ensemble, University of Texas Jazz Orchestra, Penn State Centre Dimensions and East Carolina Jazz Ensemble “A”. Dr. Crotts has also been a featured soloist in some of the world’s premier musical venues, including Birdland, Blues Alley, Blue Note, Le Duc des Lombards (Paris, France), the Hollywood Bowl and Carnegie Hall.

As an educator and clinician, Dr. Crotts presents clinics nationally on Brass Pedagogy, Jazz Pedagogy, Breathing for Wind Players and Versatility in Performance. Highly involved in the marching arts, Chip has taught on the educational staffs of The Santa Clara Vanguard, The Cavaliers, Phantom Regiment, Spirit of Atlanta and is currently the Brass Caption Head of the 20-time World Champion Blue Devils.

Dr. Crotts is active as an adjudicator and serves in this capacity with organizations such as Bands of America, Drum Corps International, Drum Corps Japan, Taiwan Marching Academy, Music for All, Winter Guard International and many state music educator associations. As a clinician, Dr. Crotts serves nationally for jazz, marching and wind festivals, in addition to presenting topics such as Brass Pedagogy, Jazz Pedagogy, Breathing for Wind Players, Versatility in Performance and the Outdoor Performing Ensemble. His presentations have been given at conferences such as the International Trumpet Guild, New York Brass Conference, Jazz Education Network, International Association of Jazz Educators, Conn Selmer Institute,USBands Summer Symposium and The Midwest Clinic, among others.

Currently, Dr. Crotts serves as Vice-President of the Georgia Association of Jazz Educators, as well as being a member of NAfME, the American Federation of Musicians, the Jazz Education Network and The International Trumpet Guild. He is a past fellowship recipient from the Aspen Music Festival and Music at the Banff Centre (Canada) for Classical and Commercial Trumpet Performance, as well as a grant recipient from the National Endowment for the Arts, Georgia Tech Foundation, and recent selection as a Georgia Tech “Class of 1969 Teaching Fellow”.

Dr. Crotts received his undergraduate degree in Music Business from East Carolina University, a Master of Music in Orchestral Performance from Penn State University, as well as the Doctor of Musical Arts degree in Trumpet Performance with a Jazz Emphasis from the University of Texas at Austin. His primary teachers include Ray Sasaki, Ray Crisara, John Daniel and Tom Huener, including additional studies with Boyde Hood, Roger Ingram. Marvin Stamm and Doc Severinsen.

Previously, Chip served on the faculties of Samford University, Jacksonville State University and The University of Texas at Austin. Dr. Crotts resides in Acworth, GA with his wife Kelly and daughter Abigail.