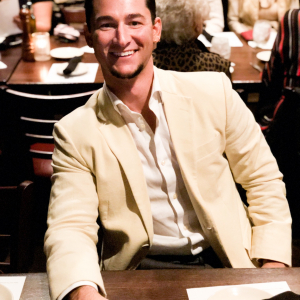 Clark Cothran is an active visual designer, choreographer, clinician, and educator in the marching arts. Clark has been blessed with many performing and teaching opportunities in the activity.

As a quick summary, Clark has performed as a lead trumpet player with Carolina Crown Drum and Bugle Corps and the Blue Devils Drum and Bugle Corps, where he received numerous awards as a performer. During his last season as a performer, Clark served as Horn Sergeant of the Blue Devils for his age out year. The leadership, performing, and solo experiences in drum corps has allowed Clark to be an international performer/soloist and instructor in foreign countries such as Japan and Taiwan.

After aging out, Clark continued to be a part of The Blue Devils Performing Arts organization by instructing The Blue Devils B and A Corps. Clark also instructed with the Sacramento Mandarins in 2018, helping them earn a place in World Class finals for the first time in their 55 year history. Clark is currently on instructional staff with the Blue Devils A Drum and Bugle Corps.

Since the Summer of 2017, Clark has had the privilege of teaching alongside the world-class marching band faculty at the Music for All Summer Symposium. There he is a brass and visual instructor to the 200+ teenage students.

Clark has had the pleasure of instructing, choreographing, and/or designing for several award-winning band programs in South Carolina, Florida, and Texas. Recently, Clark’s main instructional priority has been Wando High School. The Wando Band is a consistent BOA Grand National Finalist and has earned 11 consecutive AAAAA SCBDA Marching Band Championships. Some of the other groups that he has worked with include Sebastian River High School (FL), Economedes High School (TX), River Bluff High School, Boiling Springs High School, and Nation Ford High School.

Clark is a graduate from The University of South Carolina with a Bachelor of Music degree with an emphasis in Education and Trumpet. He has studied trumpet privately with James Ackley and Allen Vizzutti.

Clark currently resides in the beautiful city of Charleston, South Carolina. Outside of the band world, Clark enjoys travel, fitness, spending time with friends and family, and engaging in spontaneous putt putt tournaments.