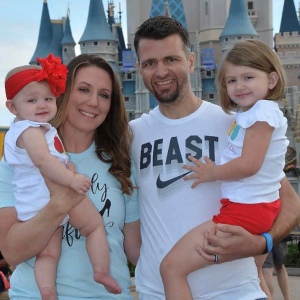 Born and raised in Broken Arrow, OK, Director of Bands Mike Ary holds a Bachelor degree in Music Education from Oklahoma State University and a Masters in Educational Leadership from the University of Texas at Tyler.

Currently in his 9th year at James E. Taylor High School in Katy, TX, Mr. Ary conducts the Wind Ensemble and Cadet Band, directs all aspects of the marching band, and co-conducts the Symphony Orchestra. Prior to coming to Taylor, Mr. Ary spent 10 years at Clear Brook High School in Friendswood, TX, and one year each at Elkins High School in Missouri City, TX and Holliday High School in Holliday, TX.

Under Mr. Ary’s direction, the JET Band has been a consistent UIL sweepstakes winner, has been a five time Bands of America Houston Regional Finalist, was a Semifinalist at the 2018 UIL 6A State Marching Contest, has been a consistent UIL Area I Marching Finalist, was a Finalist in the 2016 TMEA Area Honor Band competition, was the first recipient of the KISD Superintendent’s Cup at the 2017 KISD Marching Festival, and was a 2018 TMEA 6A State Honor Band Finalist. During his 3.5 year Assistant Director and 6.5 year Head Director tenure at Clear Brook, Mr. Ary lead the band to 7 BOA Regional Finals, 3 BOA Super-Regional Finals, BOA Grand Nationals Semifinals, WGI Guard Semifinals, WGI Percussion Finals, twice to the UIL State Marching Contest Semifinals, and had many UIL Sweepstakes. At Holliday, he helped lead the band to a BOA regional class championship and a performance at the 2002 Midwest Clinic in Chicago.