We are thrilled to announce that Jay Murphy has been inducted into the Drum Corps International Hall of Fame class of 2021 with the “Pen of Pageantry” and amazing Michael Boo. 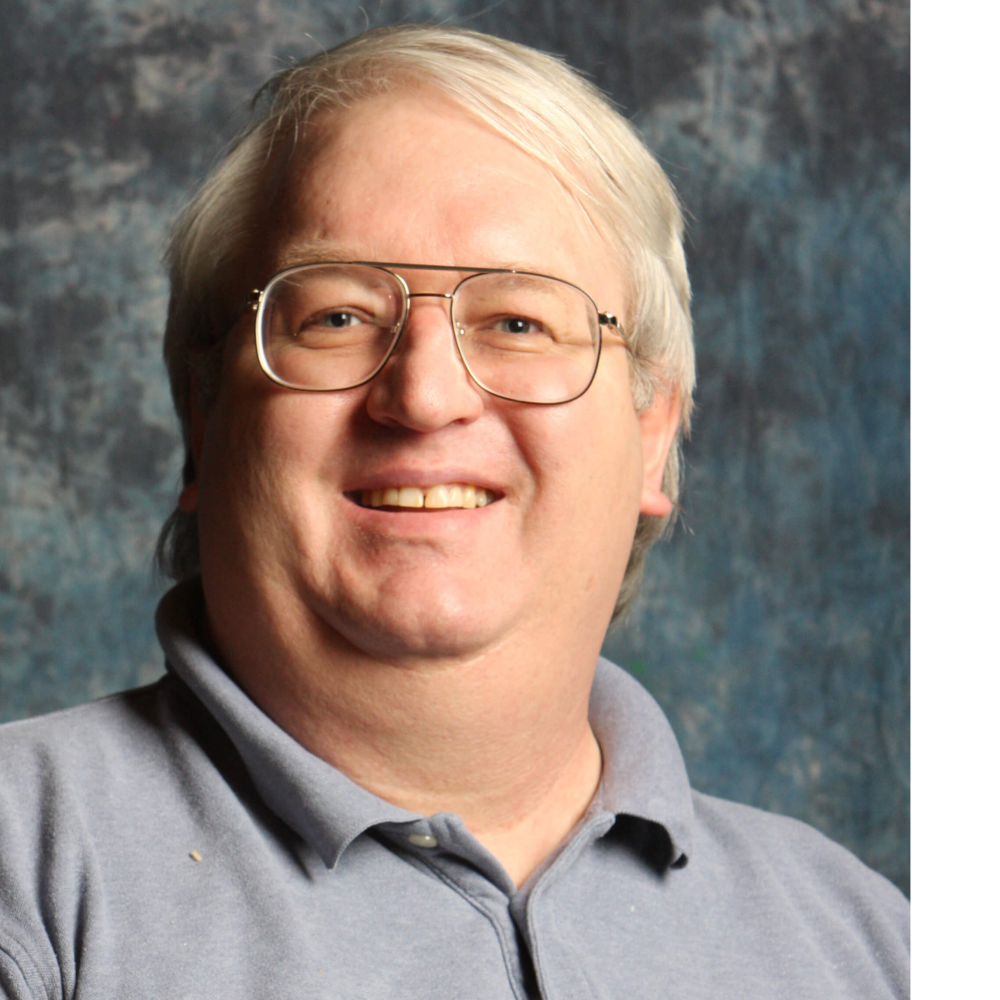 Affectionately dubbed by many as the “Pen of Pageantry” after working on projects for Drum Corps International, Winter Guard International and Bands of America for decades, there is perhaps no one who has amassed a bigger portfolio of writings about the breadth of the modern-day competitive marching arts than the late Michael Boo. Originally hired in 1989 as a Drum Corps International staff writer to put together the corps program synopses for the organization’s annual souvenir yearbooks, Boo’s byline has been a fixture across DCI’s print publications and website ever since, credited to a diverse array of media including feature articles, CD and DVD liner notes, live play-by-play event blogs, podcast and video commentary, and more. Growing up in the Cavaliers organization as a French horn player and mallet percussionist from 1975-1977 and “bleeding green” in all that he did, Boo was a super fan of all drum corps, from the smallest Open Class groups all the way up through the World Class ranks.

“Michael worked tirelessly to ensure that every corps’ story was told, down to the smallest detail,” said DCI Hall of Fame member Tom Blair (‘15). “And he did so always with the intent of supporting those corps and DCI. His self-appointed mission was to shine a bright light on an activity he dearly loved.” 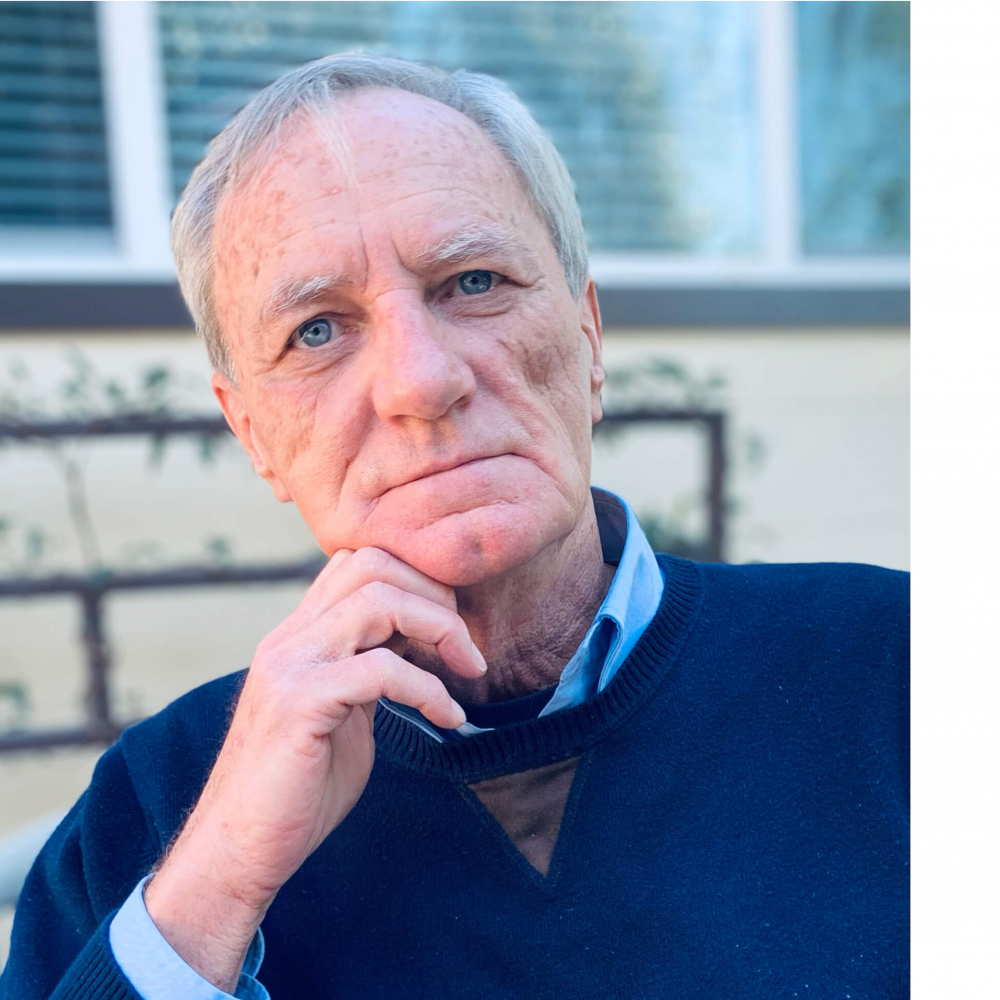 Jay started his drum corps career on the east coast with the Boston Crusader’s as a rifle instructor. In 1981 he was hired by The Blue Devils to teach the guard. Quickly after that he became the visual designer, working over the years with David Gibbs, Scott Chandler, Mike Moxley, Tony Smith, and Pete Emmons to produce The Blue Devils visual productions. Jay has won 15 World Championships and designed 14 of those productions. The number of individual DCI visual caption awards are too numerous to calculate, but could easily exceed fifty. Jay has won 11 WGI Gold medals with St. Anthony’s Everett, San Jose Raiders, and The Blue Devils Winter Guards. He is a member of the WGI Hall of Fame.

There are many visual designers that have changed our activity forever. Taken a blank sheet of drill paper and designed not for what was - but what has never been seen or imagined. They give their ensemble a unique look and identity. You watch in wonderment. Amazed at how someone could imagine motion to that musical moment. They make you think, contemplate, and excite your senses all at the same time. Designers like Pete Emmons, Scott Chandler, George Zingali, Michael Gaines, Tony Smith, Steve Brubaker, Bobby Hoffman, Jeff Sacktig, John Brazale, Mark Sylvester, Myron Rosander, David Owens, Tony Hall, and Ralph Pace to name a few.

But Jay has truly changed our activity forever. A quiet, humble, and brilliant man, Jay deserves his induction into the DCI Hall of Fame with the giants of our activity.

Jay has created purposeful, impactful design. He combines his degree in English from Marquette and years of experience to create a design that has deep meaning and fits the music like an expensive glove. Jay’s brilliance is seeing creative opportunities and then designing a magically staged, iconic production. A combination of traditional drum corps, Cirque du Soleil, and amazing ballet.

The Blue Devils are a mixture of amazing designers and teachers. Their talents combine to create productions that engage, challenge, and thrill audiences. But over the past 40 years, Jay stands out as being instrumental in creating our ensemble's visual uniqueness and identity. He imagines and creates the beautiful design that blankets the canvas which is uniquely BD.

What goes unnoticed about Jay is his unconditional dedication to the organization he works with. He does not just design, but he gets involved in all aspects. He does what is needed. Most of the time, when no one is looking. He cares about the longevity and reputation of each organization he works with. Most importantly, he connects with the students. Jay deeply cares for all the performers involved, and he designs the show for their talents and grand experiences. Jay makes long lasting positive impacts on the young people who he influences daily.

Jay Murphy embodies every word of the DCI Hall of Fame description: to honor a person for their outstanding achievements who have made a significant contribution through their years of hard work and innovation. It is well deserved that Jay Murphy has been included in the prestigious group which is the DCI Hall of Fame for all that he has done for the activity.

Congratulations Jay, and a well deserved honor for the great Michael Boo!

Many people, without hesitation, wanted to support Jay’s induction into the Hall of Fame. Here are what a few of the HOF members and visual geniuses of our activity have to say:

Michael Cesario – "Jay Murphy has proved to be DCI’s most versatile and individualistic designer. He displays a compositional depth that intrigues the eye and stimulates the intellect.  Creating an ever-changing array of both intimate stages and expansive full-field moments, he never fails to surprise the viewer with something fresh and unique. Like his instrument of choice, the Blue Devils, his work is impossible to capture in words, yet totally distinctive."

Tony Smith – "Jay’s ground-breaking designs for over four decades and sustained level of success is an amazing accomplishment. His design portfolio has influenced and inspired generations of designers. Jay’s blend of drill, choreography, motion and props has completely transformed the activity.”

Scott Chandler – "Over decades of an incredible variety of work, Jay Murphy has produced iconic, and always influential work. His instinct and artistry have reinvented our music, color, costumes, choreography, drill, and yes, the evolution of what we now commonly refer to as staging. Jay shows a respect for both performer and audience member while continuing to change the way we can experience the marching arts."

Michael Gaines – "In every era, we can pinpoint numerous individuals who create exquisite works of art within our community. Among these individuals, some will continue to grow and to display their talent over years and even decades. A number of them will consistently shine and earn the respect of their colleagues and, of these, a few will evolve into incredible artists that inspire their competitors. Of these few special artists, only a handful have earned the unanimous admiration of designers, students, adjudicators, and fans within the activity at large. Within this handful, one person stands out for his brilliance, longevity, and competitive achievements. This person is Jay Murphy."

Jeff Saktig – "There are people who come through this world and change the paradigm of what we knew.  Jay is one of those iconic figures in our pageantry arts circles who changed our game, over and over again, from a visual design standpoint.  For decades Jay has been on the cutting edge and forefront of creating masterful shows in our arena.  His work, longevity and relevance are unprecedented.  Jay is truly in a class by himself."

Pete Emmons – "I have had the honor of working with and learning from Jay Murphy for over three decades. In that time, I have witnessed some of the most sophisticated, intelligent, stylish, innovative and sometimes humorous visual designs from this unassuming character. His visual and emotional contributions to the world of pageantry are unparalleled. His visual signature is that of unpredictability. This beacon of forward creative thinking has helped lead our activity to a refreshing new improvisational approach to visual design. Allowing the design to reflect the qualities of the performers.  I can’t think of anyone more deserving of induction into the DCI Hall of Fame than James Allen Murphy."

Mark Arnold – "Jay Murphy has brought the pageantry world some of its most memorable moments and productions in a manner that uniquely elevates and brings to life the artistic vision of the entire creative team. He is the quintessential behind the scenes guy who without fanfare has influenced the visual direction of our entire drum corps activity. I cannot think of a more deserving individual for the DCI Hall of Fame."

Shirley Dorrite – "Jay is a creative visionary with impeccable taste, who persistently and deliberately raises his bar higher, and higher, and higher.  In so doing, he challenges us to raise our bars as well.  We have all benefited immensely from that challenge."

Mark Sylvester – "What is most impressive in a career that has spanned 40 plus years is Jay’s ability to stay relevant. His work has consistently evolved through every change and fad staying creative, unique, and elegant!"

Sal Salas – "Jay’s contribution to the pageantry world has been incredible.  The beauty and sophistication of his visual design is unparalleled.  He created a new and innovative way of presenting music and visual design that changed the direction of drum corps.  His creations at the Blue Devils are proof of those contributions that still lead the activity today."

Mike Moxley – "Jay’s contribution to the Blue Devils has been extraordinary. He has been one of the most creative collaborators in the activity for decades. Now, after a long and storied list of wonderful design projects he shows no sign of being out of “things to say”. The DCI Hall of Fame should welcome this extraordinary talent with open arms. Jay Murphy is a world class artist and a magnificent friend."

George Oliviero – "Jay’s record of visual awards and championships is unmatched. His style is unique, walking the practice field, creating, adjusting, talking, thinking, and experimenting as his thoughts expand. It also gives him time to do one of his favorite things: make a connection with young people who have come from all across the world to be a part of the Blue Devils. They have appreciated being part of the story. Jay helps to give them the story and often the story behind the story. Jay brings a unique talent, and a special understanding of the thoughtful through line of a program. He has not only a breadth of experience with great success but also a deep love for our activity and the experience and creativity it fosters."