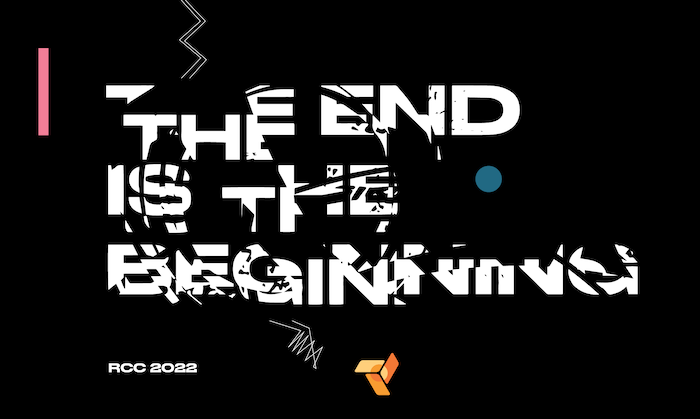 RCC Indoor Percussion is proud to present their 2022 program – “The End is the Beginning.”

This year’s production centers around an abstract depiction of a Nordic tribe and their journey to recover what has been lost. Along the way they discover the essential elements of life needed to survive. The skills and lessons learned from RCC’s 2021 video project “TRIBUTE” greatly inspired the design team to explore and experiment outside the realm of a traditional indoor percussion program. Expect to enjoy some new sounds and textures unlike anything RCC has presented before!

“There is such an amazing energy around the ensemble this season and I am so ready for people to experience that,” said Tony Nuñez, RCC Program Coordinator. “The members have really come back to RCC with a hard-working mentality from the very start and because of that we’re further along than ever before. It’s very exciting!”

After 2 years, the ensemble is once again ready to take the floor in competition and perform for live audiences across California before making the journey to WGI Championships in Dayton. Check out the entire 2022 show schedule and come see RCC’s premiere performance of “The End is the Beginning” this weekend at Arcadia High School!