Honoring the Life and Legacy of Tom Float 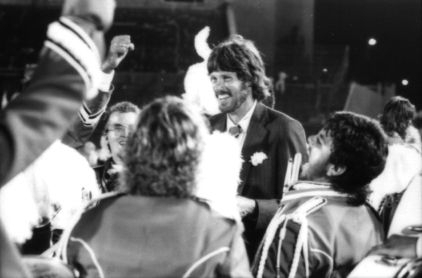 Tom Float was The Blue Devil’s percussion caption head and arranger from 1982 through 1990. In an organization where many mark their time in service to the corps by decades, Tom’s nine years with the Blue Devils left a deeply felt impact that continues to resonate today and will for generations to come.

Tom Float passed away on October 3, 2022 after a long bout with cancer. He leaves behind his beloved wife Catherine Float, also a former Blue Devil staff member.

During his time with the Blue Devils Tom helped the corps win 2 world championships and led the drumline to a remarkable “4-peat” of high percussion awards. The Blue Devil’s 1983 through 1986 run of drum titles was the first-ever such feat in the DCI era. But Tom Float’s impact on the Blue Devils and all whom he met is far greater than the trophies won.

“Tom was one of the best teachers I have ever watched,” says Dave Gibbs, a fellow Blue Devil staff member during that time, and who would go on to serve as the corps Executive Director for over 25 years. “I would spend hours watching him teach. He would teach without talking. He developed his own language and communication style. The commitment to his craft was unparalleled. He truly loved his students. He made everyone feel safe and important. There are very few that have impacted so many and have risen to his standard.”

A Pennsylvania native, Tom began found his way to the Los Angeles area in the early 1970’s and joined the Anaheim Kingsmen, marching in the snare line when they won the first-ever DCI Championship in 1972. After aging-out, Tom went to Toronto, Canada and taught the Oakland Crusaders, growing that corps’ drum program into one of the finest in the activity. Drum corps trivia fans love pointing out that his 1977 Oakland Crusader drumline earned the top drum score at the 1977 DCI Prelims, while the corps placed out of the top 12! He caught the attention of the then up-start Spirit of Atlanta, and signed on there in 1978, where he began making an impact on not just the drum corps scene, but the marching percussion activity as a whole.

In 1982 Tom came to the Blue Devils and quickly grew to be more than just a successful drum instructor, he truly became a part of the fabric and essence of the Blue Devil culture. After the 1990 season Tom moved back to Southern California and taught the Velvet Knights for several seasons.

Aside from his work with drum corps, Tom was a professional entertainer and long-time Disney performer, creating Disneyland’s audience-favorite Trash Can Drumline and appearing in a variety of television shows and commercial spots. He worked with thousands of high school programs world-wide and led college drumlines including Long Beach State, Cal State Northridge, East LA College, UNLV and the University of North Texas PASIC line. Tom continued to work with high school drummers up to his last days; just this fall he was teaching the students of Southern California’s Alhambra HS on a weekly basis. 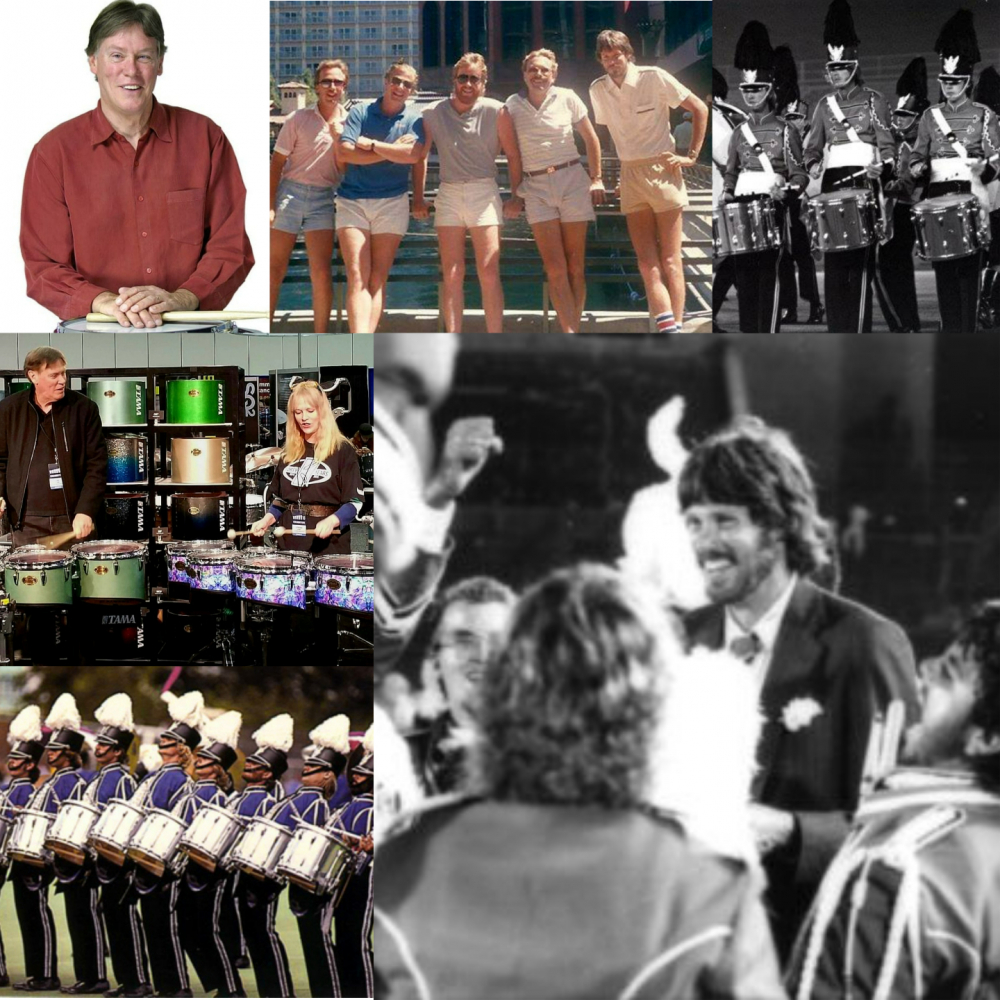 Scott Johnson, long-time Blue Devil percussion director and a recently-aged-out staff member in 1982 when Tom came to the Blue Devils, shares that “I learned so much from Tom about drumming... but more importantly... I learned it's not always about drumming, but the hang, telling stories, the camaraderie, just being good friends. There are TOO MANY stories that are filling my thoughts today!”

Dave Gibbs goes on to share that “Tom had the biggest heart and compassion for people I have ever known. He was humble. Never needed the accolades to know who his was. Respected everyone. He made everyone feel that he was your best friend - whenever you were with him, or ran in to him years later. He cared, he hurt and he loved everyone. He really never spoke bad about people. And when there were hard times, he always found the positive and good in the situation.”

“Like all the great ones, he was humble, and respectful of all, especially those who were different, in part, I suspect, because he was so very different” says John Oppedisano, who served on staff during Tom’s time with the Blue Devils and has gone on to be a long-time Board of Directors member and advisor.  “I can honestly say I know of no other person remotely similar. It was no act, there was never any pretense, he was who he was and accepted it, and in so doing, he accepted others, easily and readily.”

Glen Crosby, Blue Devil drumline member 1981 thru 1984, remembers that “the first day he arrived in Concord to take over Blue Devils’ line I was already in town, so we talked and went and had dinner. It was obvious that this was going to be fun being taught by him. Master communicator, fiercely competitive, and a stand-up comedian. Seriously he was hilarious. I’m sad, but at the same time happy I had the chance to be taught by Tom and get to know the real person. He was one of a kind.”

Ben Maughmer, long-time Blue Devil staff member and a student in Tom’s snare lines at both the Blue Devils and at the University of North Texas, succinctly sums up what it meant to have Tom Float as his teacher, mentor and friend during his formative years: “Forever grateful.”

The outpouring of love and emotion from around the world since the news of Tom’s passing came to light is testimony to the impact Tom Float had on everyone who met him.