It has been almost a year since Hurricane Katrina pounded the Gulf Coast causing over 1,800 fatalities and over $75 billion in damages. Even though news coverage of the region has waned, there remains a massive rebuilding effort. One person who is dedicating a significant portion of her life to the effort is Donna Batchelor, Vice-President of BD Performing Arts, the corporate structure for The Blue Devils. As a board member for Rebuilding Together, a non-profit organization dedicated to charitable home reconstruction, she spends much of her time living in Biloxi, Mississippi coordinating relief efforts and pounding in more than a few nails.

“Even one year later parts of Biloxi look like Katrina hit just yesterday. The devastation is simply incredible”, says Donna. Rebuilding Together is dedicated to the goal of rebuilding 1,000 homes in the Gulf Coast area as part of a project sponsored by Countrywide Financial. 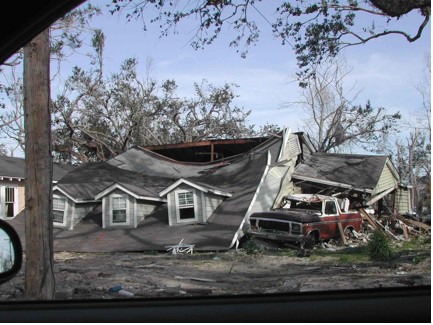 Almost one year after Katrina much devastation remains in Biloxi


Donna has been a board member for BD Performing Arts for over two years and was recently elected its Vice President. Donna also has an impressive drum corps resume. She was the drum major of the Crossmen from 1974 to 1976 after marching with Keystone Regiment from 1970 – 1974 in the guard and subsequently becoming drum major.

Between The Blue Devils and Rebuilding Together Donna spends much of her time these days supporting non-profit organizations. She is putting her extensive professional expertise in commercial real estate to use in coordinating the rebuilding efforts. She spends much of her time far from her home in the Northern California Bay Area residing in a make-shift headquarters located in the FEMA offices in the Biloxi convention center on the coast.

Some parts of this experience are not unlike her drum corps days. Of this she says, “The travel to and from the Biloxi area is long and somewhat tedious. Being back in the non-profit world means being sensitive to budget constraints and I have found myself bunking with four to a room in a convent to save precious dollars for the victims of the storms. Certainly my days traveling with drum corps has prepared me well to function in this arena.”

Such a collossal rebuilding effort requires an extraordinary amount of patience and diligence. Donna comments of the progress so far: “The progress along the coast is slow and steady. Only in the past few months have we entered into the rebuilding phase of recovery and there is an extraordinary amount of work to be done. Rebuilding Together is one of the lead organizations and we are teaming with other organizations in the region to create and build on a model that we feel will serve the communities more effectively and efficiently.” 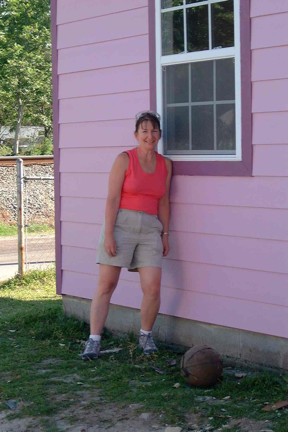 
But as in the drum corps world she knows that the efforts will eventually payoff: “I was fortunate to have had the opportunities and tremendous experiences that drum corps allows for which I have always been grateful. Now, I am at a point in my life where I am able to give back. The days can be quite long but there is no greater reward.”

Through hard work, team effort and sacrifice toward a greater goal Donna is bringing the the drum corps spirit to the Gulf Coast.