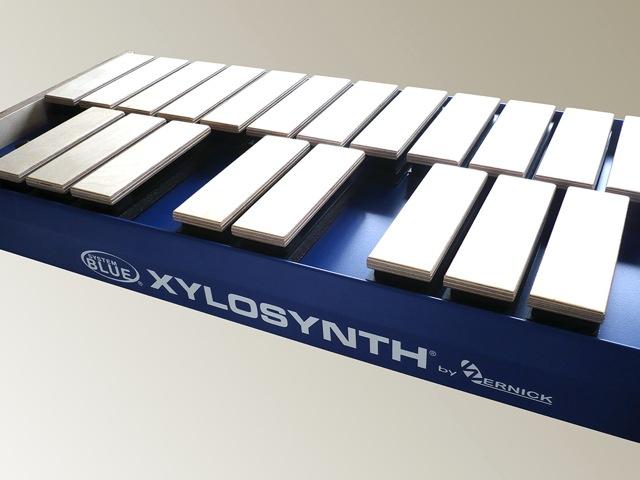 Wernick Musical Instruments is passionate about serving the marching band activity and what better way than to sponsor the top drum corps The Blue Devils. "We are honored and excited" say Will Wernick, owner of WMI. "The Xylosynth has already proved itself in the WGI Indoor Drumline competition and is now available to those playing outside."

"Wernick takes great care over every detail but perhaps the best function of the Xylosynth, other than the look and being user friendly, is the fact it takes but a second to power up" says Wernick. "Wernick Musical Instruments is excited about the new System Blue Xylosynth."